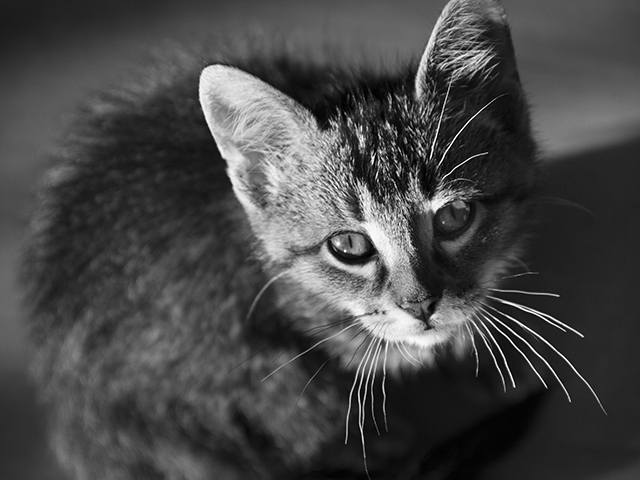 Max came from where I hang glide.  Or rather, where I used to hang glide.  Hang Glide Chicago was where I spent a lot of my time in 2012 after becoming certified as a H2 pilot at Lookout Mountain Flight Park.  Pretty much every weekend, to be exact.  I certified to aero-tow which is where you are  literally towed up to 2000 feet by a beefed up ultralight.  (Hang Glide Chicago used Kolb Aircraft) That’s just a bit of information for those of you who stopped to wonder how we ‘fly’ from the flat lands  near Chicago!

The only thing that hang gliding has to do with Max is that’s where he and his brothers and sisters were born.  Apparently right before I started going out there, the litter was discovered, I believe in one of the planes.  They were darned little when I first laid eyes upon them. Cute little kittens, they were!  A few weeks after meeting them, I stopped seeing their mom around.  I’m not sure what became of her, and I prefer to skip over that part in my mind.

A few more weeks after we were introduced, the kittens were growing fast and had little kitten claws.  Their favorite things to do were play, eat, and sleep. By ‘play’ I mean ‘climb’.  And by climb I mean on our hang gliders.  Which are made generally of sail material and which is not kitty claw resistant.

It was evidently determined that the kitties were going to be taken to a local animal shelter.  I couldn’t take the chance that they’d be ‘euthanized’ just because a numbskull group of humans got it into their heads that they should be allowed to fly like birds.  That is a luxury, the kitties were already alive.  Besides, I thought, if some human were responsible the mother would have been spayed in the first place and this issue would be a non issue.

So I picked up the kitty-cats, and brought them home with me.  That means, I chased the kittens.  It turns out kittens are one of the most adept animals of all when they choose to be elusive.  But I finally got them, all 6 of them.  They were so cute, I kept them in my bathroom as I had two cats of my own and had just that same week adopted a third from Florida.  I went from two cats to nine in about 3 days.

After buying a round of dewormer and a shot for all the kittens, I was able to adopt all but two out.  They went really quickly, actually.  Within one week, only Max and an all black one with the ability to hide from humans for days were left.  Despite having the most obvious winning personality, Max was the runt, and not as fuzzy and cuddly as the others were (or that’s what the untrained eyes of would be cat owners thought).   But Max is a show stopper.  He wants to be where the human are, and there are no limit to the antics that  he can use to please crowds with.  He is nosey, brave, and has absolutely no fear.  Ironic for being the runt of the litter.

My friend who lived in the same building as I did fell in love with him, of course.  She waited patiently to see if someone else would swoop in and take him.   Guessing the end of this story isn’t rocket science, is it?  In the end,  she kept Max.  At the same time, I decided to keep the most antisocial kitten of the group, an all black cat who fled at the mere idea of a  human.

We are both very happy with our chosen new additions, and I have to say that Max hasn’t changed one bit.  He’s grown a little, but he’s still very small and as inquisitive of a cat that you’ll ever meet.  Spook, on the other hand, is warming up to me and sleeps on my leg.  If he can get Willow off of it.  They don’t seem to realize there are two. 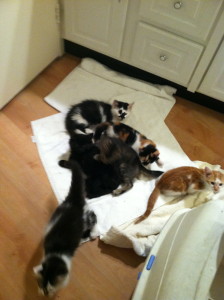 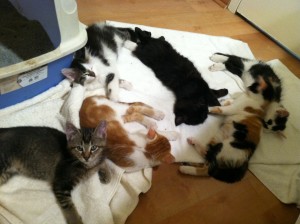 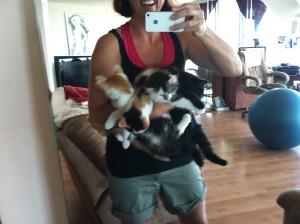