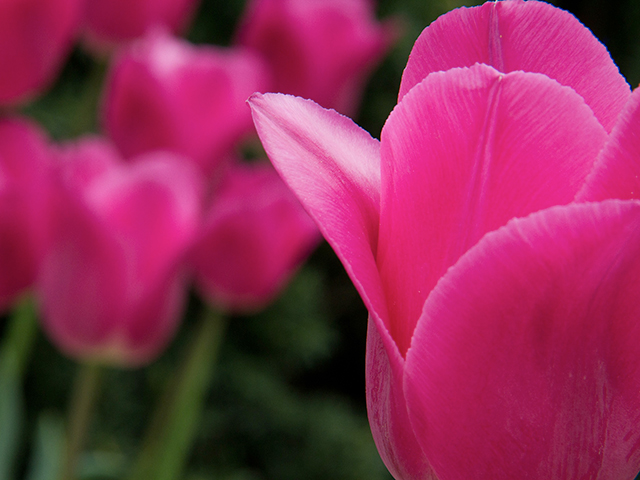 You know that feeling when it’s finally warm enough to wander around without worrying about slugging through major amounts of dirty black water and slush (if you live ANYWHERE that people drive, that is)?  That was this day.  Actually, this day was about three weeks after that, but the feeling persisted.

This patch of home-grown prettiness was outside a residence on a side street in Chicago in the Roger’s Park area.  I first noticed the bright splashes of pink against the gray sidewalk.   As I moved in closer to take a few pictures I noticed the sign in the middle of them.  ‘Protected by BRINKS Home Security’.

Right there, in the middle of the pretty tulips was the indication of anything BUT a pretty situation-a home that not only had to secure itself from intruders, vandals, and whatnot, but a home that had to boast about said security.  I guess it’s not that big of a deal, but it struck me as quite ironic to see that security sign right in the middle of all of those lovely flowers.  As for pictures of it, however, they looked awful so I abandoned the efforts to get a good one.