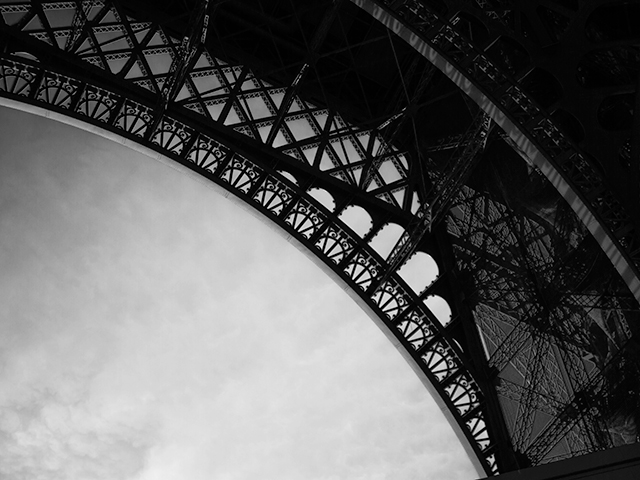 How does something that strong (iron) bend into something this elegant?  And once it does, how does it not just slide right back out of position once something else (like another piece of itself) is placed on top of it?

It wasn’t without criticism, of course.  Did you know that a  group of 300 artisans (one for each meter) drafted a letter comparing the upcoming tower to a ‘monstrosity’ and a “gigantic black smokestack, crushing under its barbaric bulk Notre Dame, the Tour Saint-Jacques, the Louvre, the Dome of les Invalides, the Arc de Triomphe, all of our humiliated monuments will disappear in this ghastly dream.” (Wiki)  It was published in Le Temps but the publication actually took place about three months after the construction had already been started.

Alexandre-Gustave Eiffel [wiki] – a 53-year-old structural engineer was already considered France’s “master builder in metal” and had the job sewn up. (He would later become as le Magicien du Fer – “the Iron Magician.”)

Well, that makes sense.  A new fangled alchemist who settles on Iron as a final product.  Good point.  Who needs gold?!

Well, enough history.  It’s all a matter of public record and nothing that a quick Google (thank you, Google) search won’t lead you to yourself.  I usually get bored reading what other people decide to include in their ‘a little bit about’ sections on photos, but I did find the quote very interesting.  ‘a black smokestack with barbaric bulk’?  That’s just good fun.

Besides, who doesn’t love the Eiffel Tower?

Not to say I don’t also love Notre Dame, the Louvre, the Dome of the Invalides, and the Arc de Triomphe, but this big ‘monstrosity’ isn’t so bad either!